This future suit wants to make it safe to go to live events again. Could this be the answer to the return of the crowd?

Since the middle of March, live concerts, crowded clubs, and festivals have been nonexistent. Any business that hinges on the mass gathering of people in close proximity has ground to a halt. SXSW, F8, Cannes Lions—along with every other major business, film, music, and cultural conference and festival have been canceled, sports leagues have suspended seasons, and there isn’t a clear view to when we all might once again stand shoulder to shoulder in a confined space for a collective experience of some kind.

Into this uncertain future comes one creative studio with a bold idea to create tools to speed up the return of the crowd.

Under normal circumstances, the Los Angeles-based Production Club would be designing and producing immersive experiences for the tech, gaming, and music industries. It’s the firm behind Skrillex’s first major touring production, “The Cell,” which used projection mapping and real-time gaming technology, and Amazon Web Services’ Intersect music festival this past December in Las Vegas. The shop took this shutdown moment to design what it calls “The Micrashell,” a protective apparatus that allows for socializing without the distancing.

“We’re seeing our industry dying, and it’s screaming for help,” says head of invention Miguel Risueño. “There are so many better-suited companies right now making things to assist healthcare, so we felt our skills could be used to help elsewhere. There aren’t going to be any concerts for like a year, so we decided to try and create something to facilitate safe events somehow.”

The result is a colorful half-suit that looks like something Dustin Hoffman and Rene Russo would have worn in Outbreak—if instead of being doctors they just wanted to go to Coachella.

The Micrashell is an air-tight top suit and helmet made of tactical, high-performance, cut-resistant fabric and developed for durability, endurance, and easy disinfecting. The primary materials are based on ultra-high-molecular-weight polyethylene fabrics and lightweight film composite, including sealed, sewed patterns and ornaments as well as Cordura fabric inserts. It also contains two lithium-ion cell battery systems for uninterrupted active operation and easy charge and swap when discharged.

“The principle designing the suit was, knowing this is a time-sensitive matter, let’s not pack it with sci-fi features that don’t yet exist and will be roadblocks, but [let’s] use technologies that are available to us,” says Risueño. “If we don’t do that, we’re just navel-gazing instead of actually trying to solve a problem.”

Two design features custom-built for entertainment are the drink and vaping canister supply system that allows patrons to imbibe without removing the helmet. Sort of like a space-age beer helmet and hot-box combo. Risueño says they also avoided a full body suit for practical reasons. “It would be a huge pain to have to take it off every time you needed to go to the washroom,” he says. “We also tried to make sure that if you wanted to have sex, it’s also something you could do”.

If that turns you on, settle down, tiger: The Micrashell is not ready quite yet. Right now, Production Club is conducting its feasibility analysis for the future suit and talking to prospective vendors and partners about how best to get it off the ground.

“We did try to be realistic with the features. We don’t want this to be like the Homer Simpson car,” says Risueño. “We’d also like to have third-party organizations audit the design and product, and want to get the idea out there for other potential collaborators to see. If there’s a way to get this made faster through working with others, we’ll do it.” 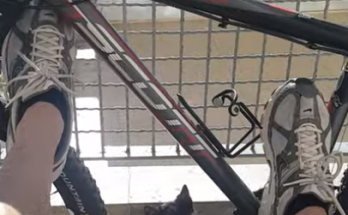 Back home after about 3 hours on the bicycle around Lisbon, Portugal, so unfit its not funny 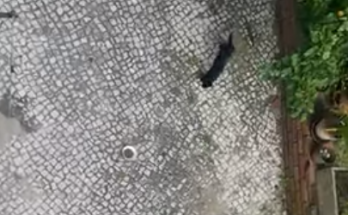 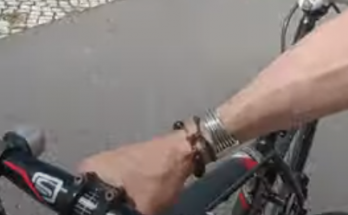 Bicycle video blog by Josh Folgado, start of the 1st bicycle ride for months, May 17, 2020

3 Comments on “Concerts will never be the same after COVID-19. Here’s what you could wear to bring them back”